The Centre was founded in 1986/87 under the terms of a charitable trust, to promote healing from an integrative perspective, valuing the whole person – mind, body and spirit. From possibly as early as the mid-1970’s, the concept of a medical centre, that would embody Christian belief and practice, with excellence in professional training and experience, was nurtured by a number of members of the Spreydon Baptist Church, Christchurch. Dr’s Brian Broom, John Smalley, and then pastor, Murray Winn, had met at Spreydon during that period, and worked together in various ways, to offer pastoral care, short courses and training programmes for lay people. Amongst an extensive list, listening skills courses, marriage enrichment weekends, and a pastoral counselling ministry were all developed and offered during that time.

By mid-1986, it became clear that a viable, full-time professional collaboration between these three, probably independent of Spreydon Baptist, but endorsed by that Congregation, was indeed possible, and planning began in earnest to achieve this. By November of that year, Brian and Murray began working together, to offer assessments and counselling from a soon-to-be-demolished cottage (‘The Green House’), adjacent to the Spreydon Church. A group of counsellor trainees were selected, and an apprentice-style internship begun from this building in February 1987.

Ongoing discussions with the leadership of the church confirmed that this venture would proceed on an independent course, and so in early 1987, a Registered Charitable Trust, The Spreydon Health and Family Trust was formed, providing the legal entity through which the property presently occupied by the Centre, was purchased in June of that year.

Extensive additions and renovations were carried out, even as early counselling services were provided from the partially completed building. Eventually, John’s medical practice, and Brian’s specialist allergy and immunology practice were able to be relocated there in 1988. The complex was officially opened by the local Sydenham electorate MP, Hon. Jim Anderton, in October that year.

Many Christian businesses and private individuals generously contributed by way of outright grants or interest-free loans to enable this venture to be established. The Arahura Centre and Spreydon Health and Family Trust continue to gratefully acknowledge their practical commitment to this vision.

And what about the name? When the centre was being founded, Murray Winn, John Smalley and Brian Broom debated this matter back and forth for some time. They wanted a name that would capture the ‘flavour’ of their integrative endeavour, our Kiwi distinctiveness, and at the same time underscore the essential ‘not-knowingness’, yet profound intrigue that they understood many, if not all authentic healing journeys to involve. Murray consulted with Rev. Maurice Gray, at that time with the Department of Maori Studies at the University of Canterbury, and a number of words and phrases were proposed and tested for their appropriateness. ‘Arahura’ was eventually chosen; a literal translation would be ‘Pathway to Discovery’. The Centre remains grateful to Maurice, and through him to tangata whenua for whom this name is precious. Click here to learn more about the richness of the name and the naming of the Centre.

In the early and mid years, the Arahura Centre developed a strong training emphasis in response to the dearth of psychotherapy and counselling training offered in Christchurch at the time. During this time, Brian Broom developed an innovative ‘mind-body’ specialist practice that combined western biomedicine with an attention to significant psychological factors within a patient’s life-story. Brian went on to author some ground breaking books in this area (Somatic Illness and the Patient’s Other Story (1997), and Meaning-full Disease (2007)), and trained many of Arahura’s current staff. Lynda Exton, one of the longest serving GPs at the centre, also authored important books on NZ healthcare, focussing in particular on aspects of mothers and babies’ health, during her time at Arahura (Healthy Start, and The Baby Business (2007)).

Brian retired from his clinical practice at the Centre in early 2008, and moved to Auckland, where he developed AUT’s MindBody Healthcare programme. He continues to write, teach and consult within Auckland hospital’s immunology department.

In the last five years or so, a number of new counsellors and psychotherapists have joined the existing team, adding new life and energy to the centre and extending the therapeutic services and specialties that the Arahura Centre offers.

The Arahura Centre was moderately damaged in the Canterbury earthquakes of 2010–2012, particularly in the (Richter scale 6.3) event of 22 February 2011. An extensive remediation and refurbishment program has been undertaken since July that year, and is now almost complete (March 2012). Staff have continued to provide all services during this time.

In 2014, the remaining doctors (John Smalley and Lynda Exton), nurses, and physiotherapist (Susan Saul), decided to join with the much larger Lincoln Road Medical Practice down the road, and the Arahura Centre became a specialist counselling and psychotherapy centre. 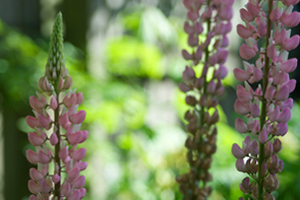 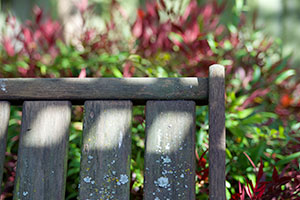 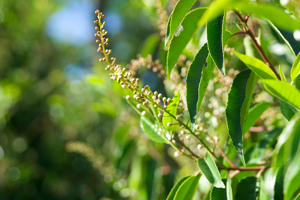